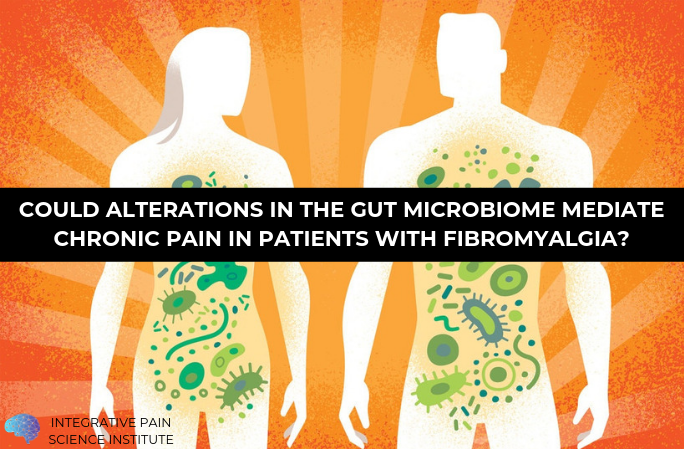 Fibromyalgia (FM) is an intriguing medical condition, characterized by chronic, widespread musculoskeletal pain, fatigue, sleep problems, gastrointestinal disturbances, and alterations in mood and cognition. It affects 2-4% of the adult population, and is especially prevalent among women (although this has been recently challenged) (1).

There is no cure for FM, nor a single treatment that showed to be effective in controlling all symptoms. Aerobic exercise and cognitive behavioral therapies are recommended by evidence-based interdisciplinary guidelines. Drug therapy is sometimes used, but only a minority of patients experience substantial symptom relief (2).

Fibromyalgia: Pain That Starts in the Brain

What causes FM is not known; patients show no obvious musculoskeletal anomalies, nor inflammation affecting the muscles, ligaments, or tendons.

FM is considered a disorder of “pain regulation”, defined by impaired nociceptive processing in the central nervous system (central sensitization) (3, 4). It is thought that  genetic predisposition, as well as a number of physical and/or emotional stressors (including infections and post-traumatic stress disorder) may trigger and sustain the symptoms.

Intriguingly, two novel hypotheses propose that FM arises as a consequence of: 1) cytotoxic effects of gadolinium (used as a contrast agent in MRI scans); 2) idiopathic intracranial hypertension, leading to excessive flow of cerebrospinal fluid through the subarachnoid space of the cranial and spinal nerves, which squeezes and irritates the nerve fibers and causes widespread radicular pain (5, 6) .

No clinical tests can at present identify FM, and because diagnosis is based on self-reported symptoms, both under- and mis-diagnosis are quite common (7). Because of this, objective diagnostic tools are eagerly sought by researchers worldwide.

Notably, a new study published in the journal Pain suggests that profiling gut bacteria may be a highly accurate way to detect FM, and may also pave the way for much-needed therapies.

A Microbiome Signature for Fibromyalgia

Since gastrointestinal problems (notably, dyspepsia and irritable bowel syndrome, or IBS) are prevalent in FM patients, a link between gut dysbiosis (i.e. an imbalance in the gut flora) and FM has long been suspected (8, 9). Researchers at McGill University in Canada reveal for the first time a distinct composition of the gut microbiota (the community of bacteria residing in the gastrointestinal tract) in FM patients (10). The study involved 156 women (77 FM patients and 79 controls) from the Montreal area.

Using genetic analyses (PCR and whole genome sequencing) on stool samples the investigators found that the collection of microbial genomes (or microbiome) of FM patients had a distinctive profile, characterized by 19 species that were present in lower or higher quantities relative to healthy controls.

“We used a range of techniques, including artificial intelligence, to confirm that the changes we saw in the microbiomes of fibromyalgia patients were not caused by factors such as diet, medication, physical activity, age, and so on, which are known to affect the microbiome,” explains first author on the study, Amir Minerbi.

Some microbiome variations found in FM patients were also reported in some overlapping health conditions, while others were unique to FM:

Thus, both common and unique alterations in intestinal microbiome were detected in this FM analysis.

Interestingly, variations in bacterial composition within FM samples were correlated with the severity of the condition (e.g. pain intensity, pain distribution, fatigue, sleep disturbances and cognitive symptoms). Investigators then used machine learning, through which a diagnosis of FM based only on the composition of the microbiome could be established with an accuracy of 87%.

This is exciting news! Chronic pain represents a large and growing problem, largely because in most cases the specific causes remain obscure.

“As pain physicians, we are frustrated by our inability to help, and this frustration is a good fuel for research. This is the first evidence, at least in humans, that the microbiome could have an effect on diffuse pain, and we really need new ways to look at chronic pain.” says Yoram Shir, the senior author on the paper.

A Role for Gut Bacteria in Chronic Pain?

While this newly identified link between the gut microbiome and FM brings exciting perspectives for its diagnosis and treatment, the authors are keen to point out some important, open questions:

Circling Back to Nutrition: Gut Microbiome and Fibromyalgia

In previous blogs I discussed how diet and exercise affect the composition of the gut microbiota, and how a plant-based diet rich in antioxidants can be effective in relieving pain caused by FM (12, 13, 14).

Now, fresh evidence for a potential link between gut bacteria and FM brings around renewed hope for novel nutrition-based therapies to provide much-sought relief for millions of chronic pain sufferers.

Want to begin using nutrition with your patients with persistent pain? Enroll in the Functional Nutrition for Chronic Pain Certification to integrate sound nutritional advice in your Physical Therapy or other pain practice.