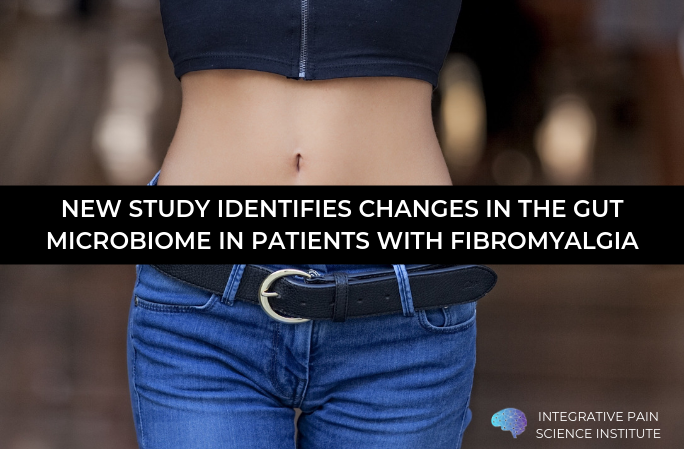 Fibromyalgia is an intriguing medical condition characterized by chronic widespread pain of unknown origin. Since musculoskeletal integrity is commonly well preserved in people with fibromyalgia, clues point to heightened pain perception as the prevailing cause (1).

It is known that physical or emotional stressors may trigger and sustain pain, but these (diffuse, generalized pain, sleep problems, changes in mood and cognitive functions) are hard to measure and most often do not point to specific physiological alterations. Therefore, searching for objective markers to diagnose and treat fibromyalgia has been difficult. In recent years, however, the “Omics” revolution represented by large-scale biological analyses suggest that reliable tests to diagnose fibromyalgia may soon be a reality (2).

What Causes Fibromyalgia? Clues From the Gut

Gastrointestinal disturbances, including irritable bowel syndrome (IBS) and irritable bowel disease (e.g. Crohn’s disease and ulcerative colitis) are highly prevalent comorbidities of fibromyalgia, although it’s still not clear whether they are causally related. In a recent blog I reviewed new research findings that revealed distinct changes in the composition of the gut microbiota in people affected by fibromyalgia compared to control individuals (Including relatives) without fibromyalgia. Although these changes could predict symptom severity, no clear evidence was found for an association between the gut microbiota and pain(3).

A Link Between Gut Bacteria and Pain Amplification?

Fibromyalgia and other chronic pain conditions are often associated with central sensitization, manifested by exacerbated pain perception in response to both painful (hyperalgesia) and non-painful stimuli (allodynia) (1). Glutamate, the main excitatory neurotransmitter in the central nervous system, has a key role in pain sensation and transmission (4). Glutamate levels have been found to be elevated in the cerebrospinal fluid of patients with fibromyalgia, which may contribute to heightened and persistent responses to pain (5).

Glutamate, as well as GABA (the main inhibitory neurotransmitter in the brain) and other neuroactive substances are produced and released by neurons to integrate information from all body parts, and regulate in turn biological functions, including gastrointestinal activity. Interestingly, gut bacteria also process or produce several neurotransmitters, with the potential to modulate intestinal cell growth, permeability, and immunity, as well as higher processes such as mood, behavior, and cognition (6, 7). This is the basis of the microbiota-gut-brain axis.

Results showed that gut-derived glutamate levels were increased in fibromyalgia patients, consistent with reduced abundance of Bifidobacterium and Eubacterium (Lactobacillus), which transform glutamate into GABA. The authors speculate that in the presence of increased intestinal permeability (a common consequence of IBS and other GI disorders), more glutamate enters the bloodstream, potentiating pain responses. At the same time, the parallel reduction in GABA may also increase pain perception by attenuating its inhibitory actions on pain-processing neurons.

Fibromyalgia is about 3 times more prevalent in women than in men. Interestingly, the findings of the study unmask a potential reason for this bias. It was observed in female rats that estrogen (a main female sex hormone) suppresses GABA inhibition, and this effect requires activation of glutamate receptors by glutamate. Thus, increased glutamate levels might collaborate with estrogens to exacerbate pain sensation in women with fibromyalgia.

An OMICS Approach in the Quest for FM Biomarkers

Besides a reduction in the abundance of several bacterial strains associated with a healthy microbiome, the study revealed differences in various biological molecules in fibromyalgia patients:

Metabolomics findings revealed increased L-glutamine, L-threonine/DL-homoserine, L-arginine, ADMA, L-glutamate, Nε-methyl-L-lysine, and ornithine, and decreased PAF-16 levels in the serum of fibromyalgia patients. Combined analysis of differential expression data for these metabolites showed that they were mainly involved in inflammatory and hypersensitivity responses.

Ornithine and arginine, two aminoacids previously associated to CWP in fibromyalgia, were elevated in the sera of fibromyalgia patients. Ornithine and arginine are precursors of nitric oxide (NO), a gas that plays an important role in both acute and chronic pain as a mediator nociception and analgesia. Indeed, elevated levels of iNOs (NO’s inducible form) have been linked to  exertional fatigue in fibromyalgia, although more research is clearly needed (9).

Worth noting, although medications can profoundly impact microbiome diversity, no association was found between microbiome composition and the various drugs taken by fibromyalgia patients.

Implications for Research in Fibromyalgia

Although the study findings are descriptive in nature, and are limited to a geographically restricted population, they represent a step forward in the search for objective biomarkers for fibromyalgia diagnosis and therapy (11). Although more research is warranted, the study suggests the enticing possibility that interventions aimed at modulating neurotransmitter metabolism by gut bacteria may attenuate central pain processing and improve pain symptoms in fibromyalgia.

Although more research is warranted, the study suggests the enticing possibility that interventions aimed at modulating neurotransmitter metabolism by gut bacteria may attenuate central pain processing and improve pain symptoms in… Click To Tweet