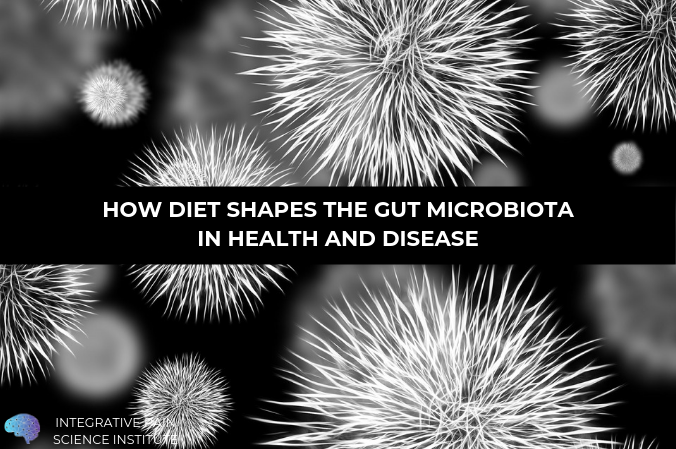 When we think about bacteria, unpleasant things like cavities, infections and disease usually come to mind. In reality, our relationship with microbes is far more complex and interesting. Microorganisms thrive in our bodies, both inside and out, and co-evolved with humans over thousands of years as essential partners in health and disease. 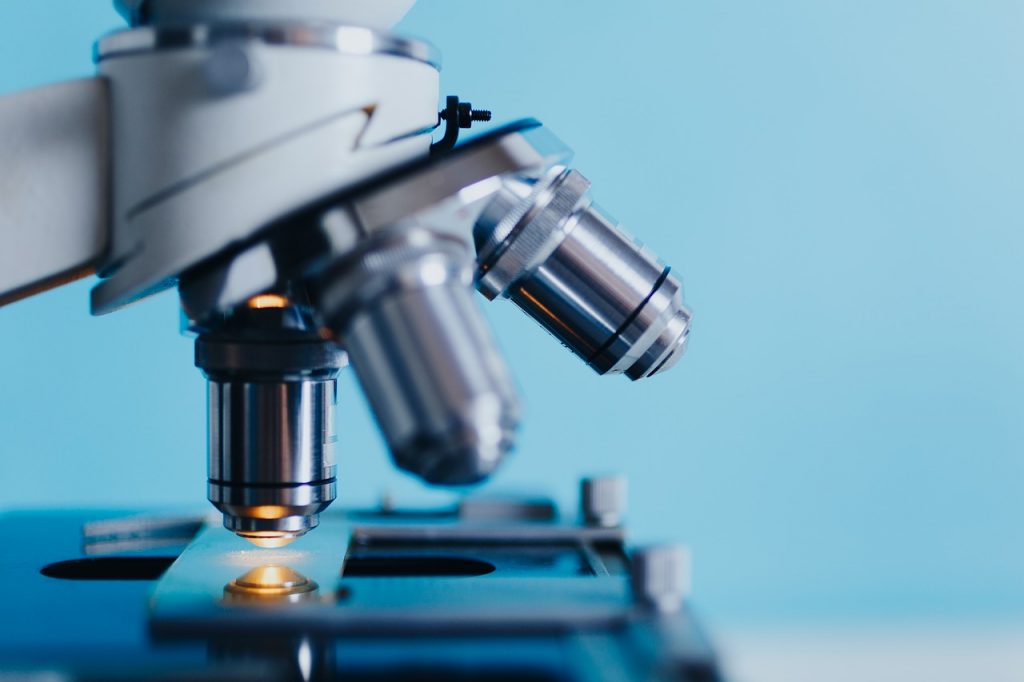 Gut Microbiota: The World Within

About 100 trillion microbes live within the human gastrointestinal tract, the largest interface between the body (200-400 m2) and the external environment. This assembly, known as the gut microbiota, contains mostly bacteria (between 500 and 1,000 species), but also viruses, fungi, and protozoa. Scientists have identified a large set of unique bacterial genes (the microbiome) that exceeds by more than 100 times the number of genes (23,000) that comprise the human genome (1) This is why the gut microbiome is considered our “second genome”.

The composition of gut bacteria is inherited at birth, but afterwards is heavily influenced by lifestyle factors (diet, exercise, stress, environmental exposures) (2). Every individual has a unique mix of species, most of them innocuous, and some potentially harmful, that define a symbiotic relationship that is vital to normal health. 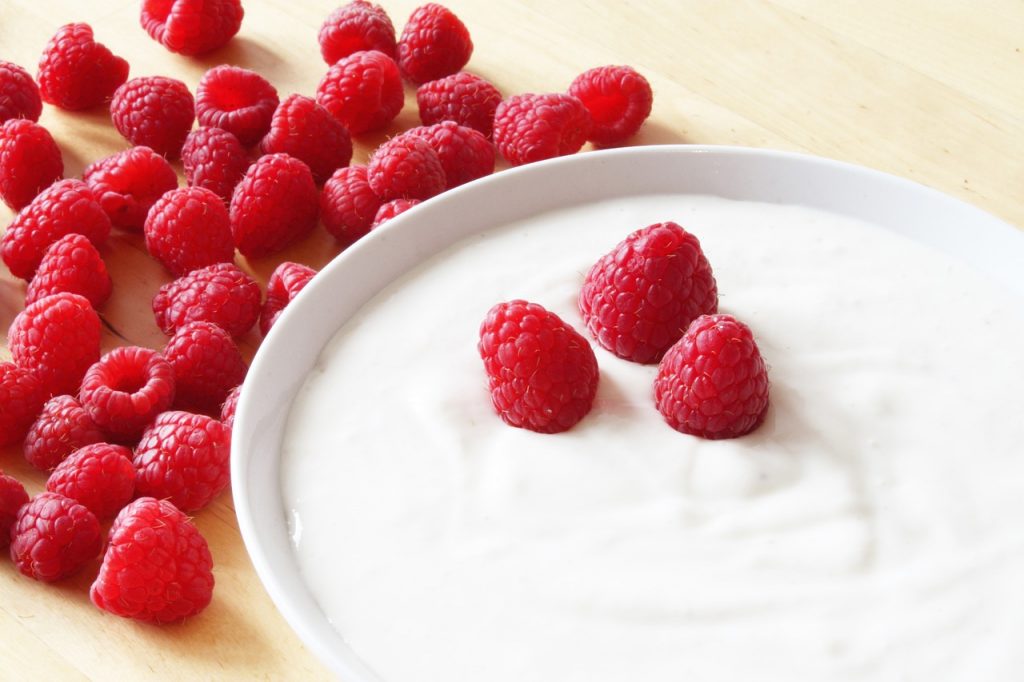 Main benefits of a normal gut flora include regulating energy production and use, protecting against pathogens, modulating the host’s immune response, and preserving the integrity of intestinal cells (3).

Gut bacteria produce enzymes that assist in the breakdown and absorption of foods. Bacterial enzymes help degrade proteins into absorbable amino acids, and facilitate production and transport of vitamins and minerals into the blood to be distributed to cells. Importantly, colonic bacteria are responsible for fermenting indigestible dietary polysaccharides (fiber) and, to a lesser degree, also proteins, into short-chain fatty acids (SCFAs) like acetate, butyrate, and propionate. Bacterial SCFAs induce insulin secretion, thus helping maintain glycemia over time, and promote satiety by activating hormonal secretions in specialized enteroendocrine (L) cells. SCFAs are also used as fuel by colonic bacteria; during dietary fiber deficiency, they feed instead on protective mucins secreted by intestinal cells, leading to erosion of the mucus barrier (4).

A diverse and balanced gut flora prevents colonization by pathogenic bacteria and viruses that damage the gut epithelium and induce inflammation. It also protects against environmental toxins (dust, pollen, chemicals) by triggering immune responses to neutralize their effects (5).

Dysbiosis (or dysbacteriosis) refers to the alteration in the composition of microbial populations within the body, and is a characteristic feature of many metabolic diseases (6). A common cause of dysbiosis is the prevalence of a high fat/high sugar “Western diet” and a sedentary lifestyle (see below).

Antibiotics can also alter the balance of bacterial populations in the gut. Most conventional antibiotics indiscriminately kill or prevent the growth of both pathogenic and beneficial microbes, favoring expansion of opportunistic pathogens (7).

It has been known for some time that changes in the gut microbiota can affect the metabolism and effectiveness of therapeutic drugs (8). Recent evidence now shows that non-antibiotic drugs can also impede the growth of some bacterial strains, and facilitate antibiotic resistance (9).

For expert insight into gut microbiota and inflammation, listen to THE INFECTION CONNECTION AND LEAKY GUT WITH EVAN BRAND

Perhaps the most direct example of the influence of gut dysbiosis on human disease is found in obesity. A high fat/high carb diet unfavorably alters the gut microbial composition, leading to increased intestinal permeability. This facilitates the transfer to the blood of bacterial lipopolysaccharides (LPS, also called endotoxin), the major glycolipid component of the outer membrane of gram-negative bacteria, which make up ~70% of the total bacteria in the gut. This causes metabolic endotoxemia, a condition characterized by a pro-inflammatory and pro-oxidant environment, often observed in obesity, that results from endotoxin-mediated activation of Toll-like receptor 4 (TLR4) on the surface of immune cells and other cell types (e.g. skeletal muscle, adipocytes, and liver cells) (12, 13).

In healthy individuals, the gut microbiota is dominated by two bacterial lineages (phyla), i.e. Bacteroidetes and Firmicutes, that compete for shared nutritional resources (14).

Prebiotics and probiotics are commonly used to modulate the composition of bacterial communities in the gut. Prebiotic fibers are present in a several foods such as whole grains, fruits, root vegetables, and legumes, and are used to promote the growth of beneficial bacteria. Probiotics consist of live bacteria and yeast and are found in fermented foods such as yoghurt, kefir, sauerkraut, and tempeh. They are used to treat diarrhea, constipation, and some intestinal disorders, and to replenish gut flora after antibiotic use (17).

As you’ve seen, a balanced gut flora helps ensure adequate digestion, assimilation, defense and repair of a strong immune system. However, its benefits go well beyond. In future blogs we’ll discuss how nutrition, physical activity and exercise can help create an optimal gut microbiota environment, and how this changes over the course of chronic disease.

Take your Physical Therapy practice to the next level with Functional Nutrition for Chronic Pain, a fully accredited CEU course!