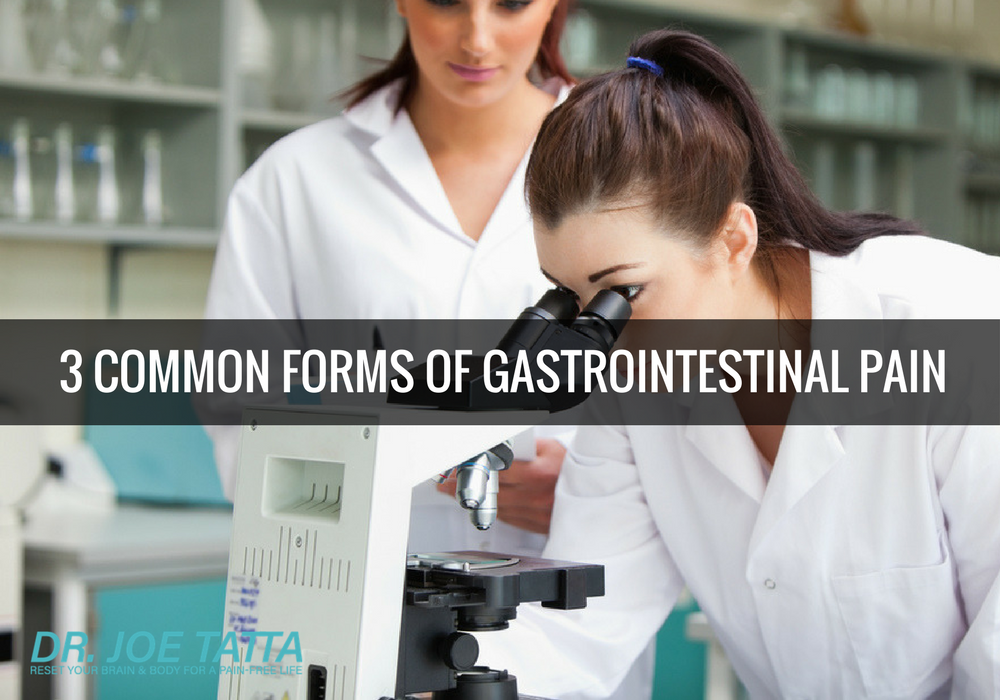 Because of the numerous ingredients that are contained in many of the foods today, it can be hard to track down the main culprit behind what may be causing your gastrointestinal pain and discomfort.  Additionally, many people are unaware of how sensitive they are to certain foods (such as gluten). The gluten-free diet is something that is quickly becoming popular. For the few million people in the U.S. that suffer from celiac disease, it is obvious why gluten should be eliminated from their diet. On the other hand, it can be difficult for people without celiac disease to determine whether or not they should also avoid gluten. Because the crops that are grown today have been bred to contain an overabundance of gluten, and gluten is contained in a vast majority of the foods consumed by Americans each day, many people knowingly or unknowingly suffer from one of three different classifications of GI disorders related to either gluten or wheat (1):

#1: The Cause and Effect of Celiac Disease

If you have any sort of gastrointestinal discomfort after eating a meal that contains gluten from wheat, rye, barley, or even some oat products, the first thing you are going to want to be tested for is celiac disease.  If you have celiac disease, it means that you are not genetically capable of consuming anything that contains gluten because of the effect gluten has on your immune response (2). The only way you can officially be diagnosed with celiac disease is by conducting tests to determine if transglutaminase antibodies are present in your bloodstream whenever you consume gluten-containing foods.  In celiac disease, the immune system immediately begins to attack the lining of the small intestine when gluten is present.  As a result, your small intestine can suffer severe damage leading to the development of a leaky gut which can cause numerous unpleasant symptoms such as:

There are also indirect effects that celiac disease has on the body due to nutrient deficiencies which include:

Managing Your Celiac Symptoms
Despite the plethora of medications available to treat these symptoms, the only way celiac disease can be managed is by completely eliminating all foods that contain gluten or may be contaminated with gluten (3).  It is also vital that you ensure that any cosmetic products you may be using do not contain any gluten as they could be accidentally ingested causing you to experience some of these gluten-related side effects.

#2: Pinpointing the Cause of Irritable Bowel Syndrome

IBS is a general term used by clinicians to describe gastrointestinal symptoms similar to those of food sensitivities and celiac disease, but the specific cause for these symptoms has not yet been determined.  It can be difficult to identify the root cause of IBS if the chances of having either celiac disease or some food allergy have been eliminated.  Because there are more foods besides gluten-containing foods that can lead to gastrointestinal discomfort, there are other factors that should be considered.

Eliminating FODMAPs Along With Gluten

Although the introduction of a gluten-free diet may help in relieving the intensity of your IBS symptoms, it may not be enough to completely rid you of your gastrointestinal pain. There are more benefactors to gastrointestinal discomfort besides gluten.  Because it is difficult for the small intestine to absorb the fructans in wheat, water, and substrates that can be fermented by the bacteria in your gut rush into the colon causing bloating or diarrhea.  There are carbohydrates in other foods that behave in a similar manner to the fructans in wheat.  This has lead to the creation of the term “FODMAP” (Fermentable Oligosaccharides, Disaccharides, Monosaccharides and Polyols) grouping all of these carbohydrates together (6).  Along with gluten, these FODMAPs must be eliminated from your diet in order for all of the possible food mechanisms initiating IBS to no longer have an effect.  Some common foods that contain the highest amounts FODMAPs include:

Because of the correlation found between FODMAPs and IBS, it is important to not limit yourself to a gluten-free diet, but also practice a diet that is free of the foods listed above.  Foods that do not contain a high amount of FODMAPs are also typically gluten-free making it easier to avoid the two simultaneously.

If you tested negative for celiac disease and a wheat allergy, you may be experiencing symptoms of IBS or other systemic diseases due to gluten sensitivity.  A majority of the time when gastrointestinal disruption is being experienced in individuals the first thing to take the blame is gluten.  Although the symptoms of gluten sensitivity are almost the same as the ones someone may experience with celiac disease, they are typically not quite as severe and may come about more gradually.  You may have a meal that contains gluten and then anywhere from thirty minutes to an hour later you may show gastrointestinal related symptoms.

Although gluten sensitivity heavily impacts the digestive system, it also can affect the functioning of the brain, musculoskeletal system, and skin (4).  Some common systemic diseases associated with attempting to identify gluten intolerance include but are not limited to:

Non-celiac gluten sensitivity is something that can be difficult to detect. Symptoms could be as subtle as a headache or as drastic as rheumatoid arthritis. Many people do not take into consideration that the foods they eat have more of an effect on their bodies than just harming their digestive systems.  If you are experiencing any form of pain, whether it be physical or emotional, it is typically best to use a gluten-free diet as a starting point.  The gradual damage to the digestive system that snowballs into the damaging of other organ systems can be easily reversed by adhering to the extensive amount of research that shows the correlation between excessive gluten intake and gut permeability (5).

Click here to learn natural ways to heal from pain without prescription medication or surgery.

Be Weary of Wheat

Consuming wheat while allergic leads to these symptoms occurring either immediately or soon after consumption.  Allergic reactions to wheat can potentially be life-threatening due to the inability to breathe from anaphylaxis.  Similar to the other forms of gastrointestinal pain, the only way to prevent allergic reactions associated with wheat is to completely avoid all products that may contain even trace amounts of wheat.

Consuming a product with wheat and waiting to see what your reaction is may not be the best way to diagnose a wheat allergy due to the potential danger.  Typically, tests are run by pricking small drops of pure wheat allergens into the epidermal layer of the skin and waiting to see if there is any sort of small reaction in the form of a rash.  Blood tests may also be run to check for the presence of immunoglobulin for confirmation of an allergy to wheat.

If you are suffering from gastrointestinal pain in the form of IBS it is important for you to find out where you fall in the spectrum of certain gluten and wheat-related diseases and determine if there may be some additional mechanisms supplementing the adverse effects of gluten.  It may not be accurate for you to rely on your symptoms alone to determine where you stand with gluten.  It is critically important for you to know if you have celiac disease or a wheat allergy because if they are properly diagnosed, it can save you from doing any more damage to your body and potentially prevent a serious allergic reaction.  Visit your doctor and ask to be tested in order to obtain an accurate diagnosis of your condition.  Once it is verified that gluten could be the problem, it will need to be completely eliminated from your diet along with FODMAPs to give your gut the best opportunity to heal.  Over time, you will begin to notice a drastic difference not only in your digestion but also in the pain that you may be experiencing in your joints and muscles (7).  Because your body will better be able to absorb nutrients, it will be able to create energy more efficiently allowing you to enjoy living a life free from chronic pain.
Remember, reversing pain requires an integrated approach. If you need help to better understand what to eat, how to move, or how your thoughts and emotions affect your pain, I hope you’ll consider attending my Free Webinar on Healing Pain Naturally. You’ll learn how to use the power of your mind to heal; as well how nutrition and gentle movement can reverse your pain. Does this sound like something you need?
This webinar will provide you with the info to change your life, almost immediately.
Sign-up for the free webinar here (I’ll email you a recording, too!)